Yesterday I dropped off LSS at Lady A. As mentioned in that linked post, they are off to London for a few days, with LSS having been hired as a travelling companion (read: interpreter). So I’ll be looking after the hens and bunnies on my own for a few days.

Friend V stayed with us for a while in autumn, and we discovered that she delighted in picking berries. We therefore gave her the task of picking blackberries. And mushrooms. And sloes. However, her enthusiasm meant we had a total of 9kg of sloes in the freezer. Which was immediately classified as “full”. And as we were recently given a leg of wild boar by M&O, we had a problem. Either we needed another freezer, or I needed to do some brewing. The latter option was cheaper, therefore the next batch of sloe wine has been started. And as 9kg of sloes was a bit much for one batch of wine, I’ve made some sloe gin as well. The pumpkin beer has now been bottled, but I still have about 50 empty beer bottles in reserve. This is apparently Not a Good Thing, so I’ve started brewing a Belgian dubbel beer.

This morning it was minus 7.2 °C at the solar panel on the roof. So needless to say I have the kitchen range lit!

What else is there? Oh yes, the project. Well, the bathroom walls have been built and insulated, and the light fitting installed (LED of course). Here’s the framework around the bathroom: 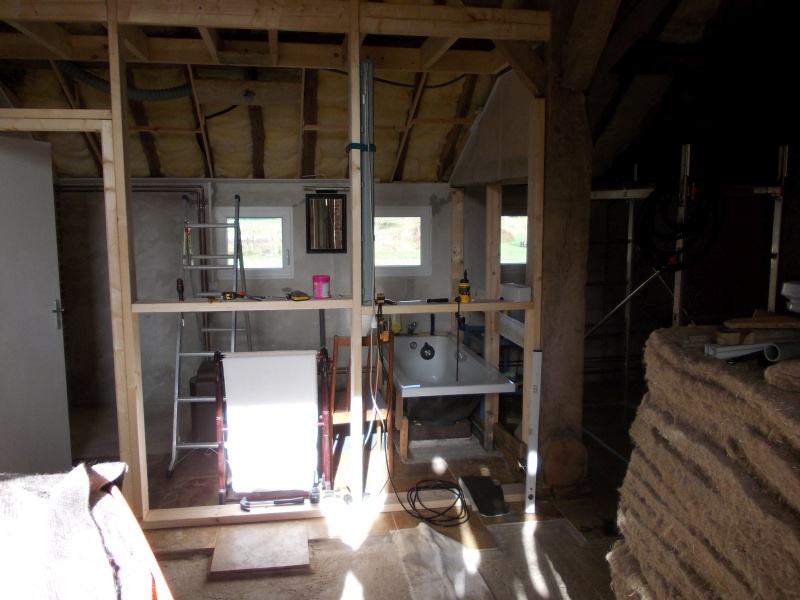 The first layer of panelling was then fitted: 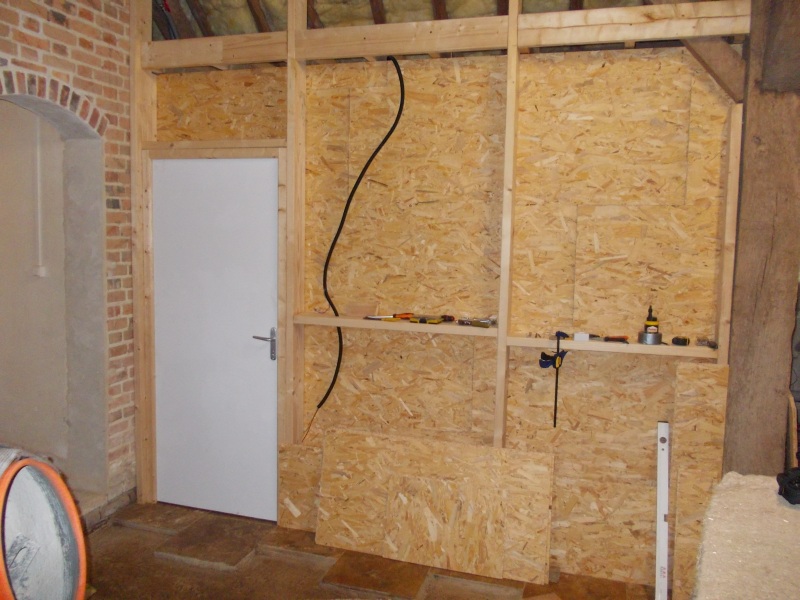 A thick layer of hemp insulation was applied as the outer layer of panelling was put in place: 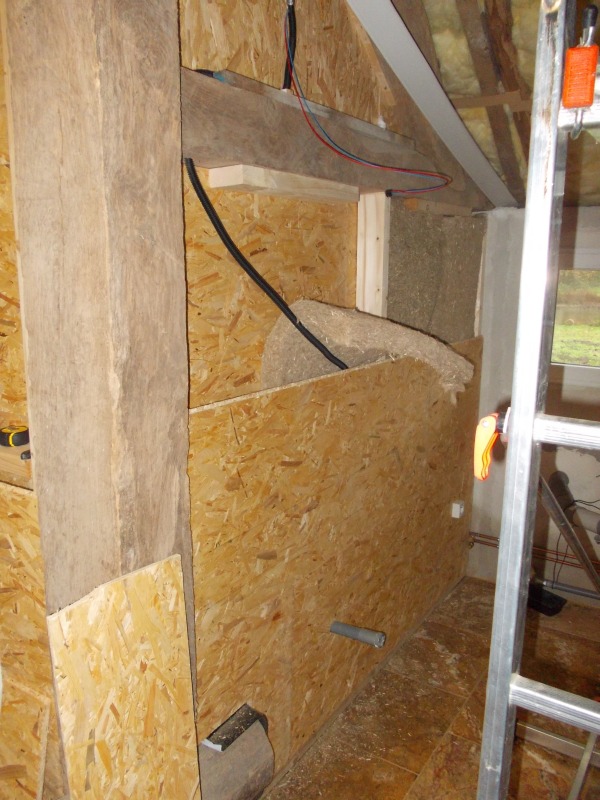 (This is the wall between bathroom and toilet. The insulation cost us nothing; the neighbour with the gîte had some left over from one of his construction projects – he runs a construction company).

Today’s task is to fit the ceiling, and then we should be able to have a bath in non-draughty conditions.

I’m not convinced about the tadelakt shower tray; it still seems a bit soft. Still, it would be fairly easy to scrape away the last layer of lime mortar and replace it with mosaic-type tiles. Will have to see how it does once the shower is installed. We’re still awaiting delivery of the shower glass (as the neighbour with the gîte was ordering a batch of glass for another of his construction projects, he very kindly offered to add the shower glass to his order, thus saving us the delivery costs). I think a couple of bottles of pumpkin beer will be headed his way.