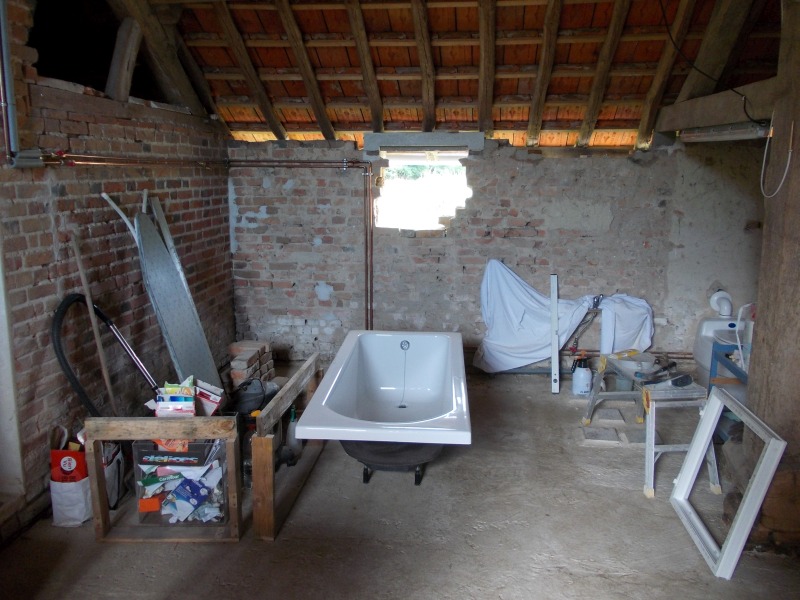 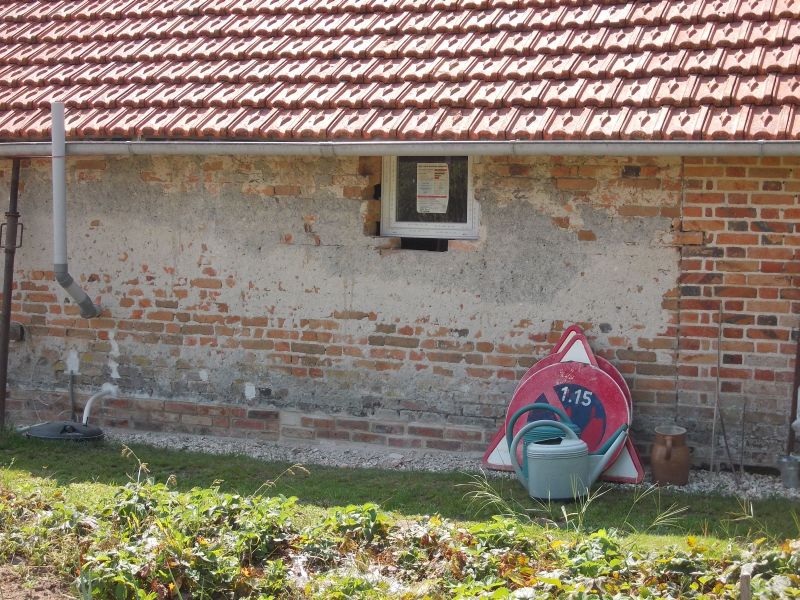 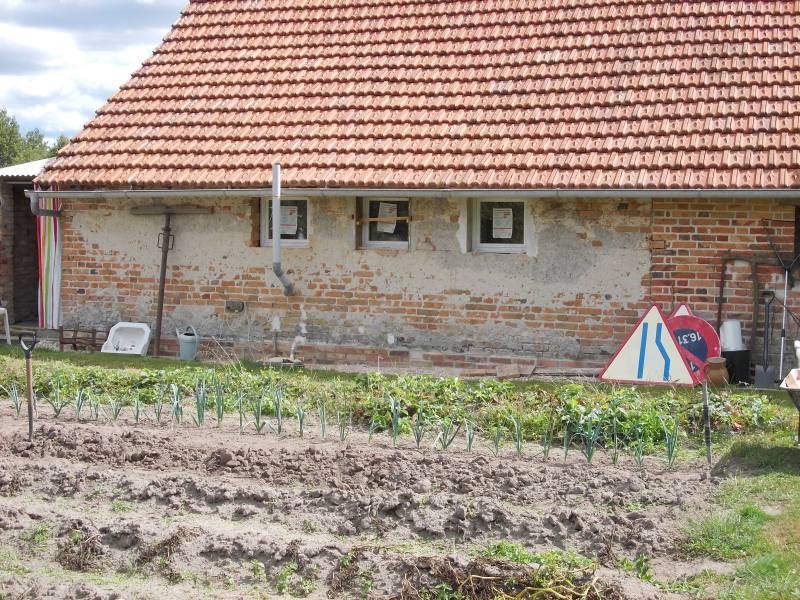 Just a brief post today, as I’m sure you’ve been wondering about the silence. You see, we’ve had a friend staying with us for the past two weeks, so I haven’t had much time for Internet-based stuff. I have however managed to install the three new windows in the barn.

We did buy 45m² of travertine tiles, and these have now been delivered. We actually got them at half price, because as luck would have it, the colour we wanted was on a clearance sale.

The old refrigerator has now been converted into a smoker. I made a smoke generator using a small aquarium pump, and have already tested it. Now we just need to get some cuts of meat and we’re good to go!

Prior to the friend’s arrival, LSS cut the grass and brush in the alleyways around the property with the tractor. Unfortunately I then had to carry out sundry repairs:
– The cab side window glass became loose and had started falling out, so I inserted a rivet and large washer to hold the glass in place.
– The oil cap has gone missing, so a piece of cloth has been stuffed into the oil filler hole and covered with a plastic bag, all held in place with some wire (until such time as the village tractor shop can order a replacement filler cap).
– The diesel fuel filter drain plug was knocked off, possibly by a springing branch. This meant the diesel consumption was considerably higher than normal due to the leak. New fuel filters have now been fitted, and instead of the plastic drain plug I fitted an M8 bolt which should not be dislodged as easily.
– A low-hanging branch had knocked off the exhaust pipe. This has now been repaired.
– And another low-hanging branch smashed the air pre-cleaner bowl. A replacement was purchased and installed. And at the same time I straightened the air cleaner pipe which had been bent to a 45 degree angle. I also changed the air filter. The aged FIL had written the date on the old one when he last changed it. 1998.

More news will follow next week, hopefully with some photos of the barn windows…