This morning LSS had an appointment in Romorantin with the Pole-Emploi (Job Centre) as she had been advised to visit them to discuss her proposed assumption of the role of Auto-Entrepreneur (Self-employed person to us commoners). This was pretty much a complete waste of time; the staff member was only interested in ticking the neat row of little boxes on the “Client Job Search” form; obviously none of these boxes were ticked because LSS is not actually looking for a job. So the staff member was left moderately unsatisfied, her rows of little boxes still blank.

We were also informed that in order to get a job (or even become self-employed), the first thing necessary is to obtain a thing called a “Carte Vitale”, the French Health Insurance Card. We therefore trotted around to the local Social Services offices which issue these.
“Oh, non!” the woman behind the counter exclaimed when we explained the reason for our visit. “You first need to be in employment for 90 days before we can issue you with one of these.”
Joseph Heller would have been proud.

Back on the farm, I mixed up another batch of lime mortar and filled some more holes in the pantry walls whilst LSS visited the aged FIL. This was just as well, as it turned out that the domestic assistance lady had not turned up to feed him his lunch. LSS sent an angry email to the domestic assistance company basically saying “What’s going on?” and is now in possession of the schedule for the next few weeks. Apparently they were aware that nobody would be turning up today, but the office staff member that notifies people of the schedules is on holiday, and That Is Her Job And Nobody Else’s.

I sharpened the blades of the aged FIL’s lawnmower with the aid of my angle grinder, and LSS trimmed the jungle grass near the pond. We then had another much-needed bath in the sunshine in the garden, followed by a barbecue with a couple of well-deserved beers. Speaking of which, it’s symptomatic of this Health And Safety Culture that the bottles of 1664 now carry the following instructions: “Pour ouvrir, utiliser un décapsuleur adapté” with a picture of a bottle opener. 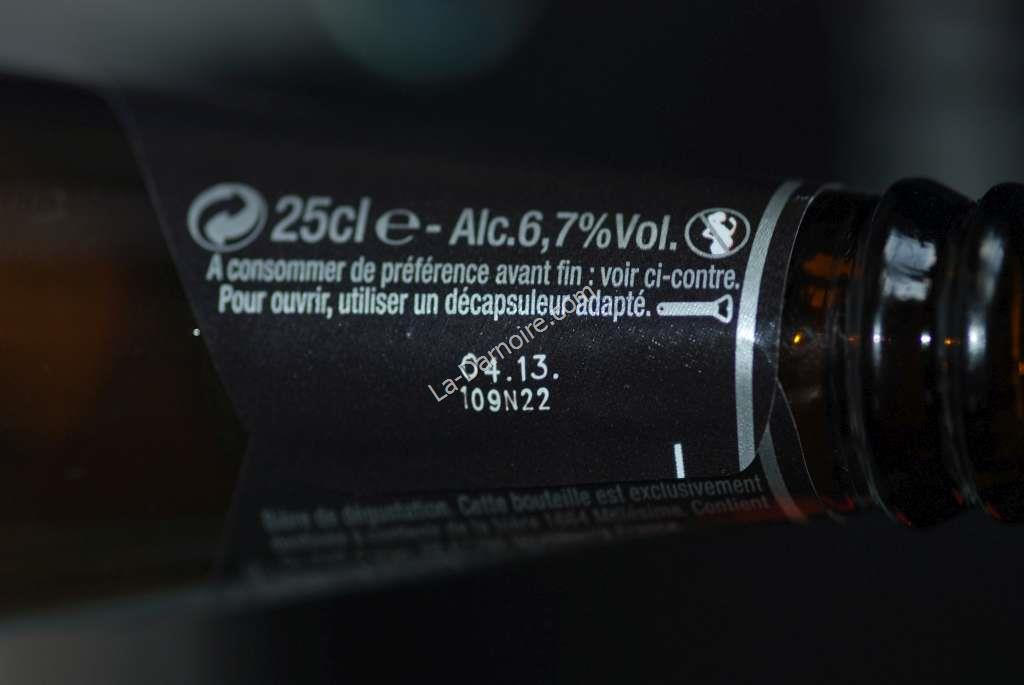 I suppose Kronenbourg got fed up with being sued by angry Frenchmen saying things like “You didn’t tell me I needed to uthe a bottle opener to open my bottle of 1664, with the rethult that I now have theveral broken teeth. What are you going to do about it?”

The Colorado Beetle patrol successfully ambushed and exterminated another two dozen beetles. I found myself walking up and down the rows of potatoes, brandishing the half-brick-and-tile and talking like a Dalek. “Exterminate! Exterminate!”
I have no idea where all these beetles are coming from.

Wildlife diary: Nothing much to report, unless you include the little brown and grey mouse which the cat brought back proudly at lunchtime to show us, and then promptly ate.