Friday night is steak-and-chips night! With home-brewed beer of course. Actually I should say that Friday night is chips night; we don’t always have steak. But this particular steak-and-chips was slightly different. On a recent infrequent visit to a restaurant we had some steak with Roquefort sauce. Now Roquefort is a fairly strong cheese, but we found that it complemented the meat very nicely indeed. Well, when doing this week’s shopping, LSS visited the “reduced items” area as she usually does. Some cheese called “Morbier” had been reduced as it had reached its sell-by date. And knowing that I am particularly fond of cheese, she bought this one. And, as we didn’t have any Roquefort, she thought she’d try some of this new cheese to make a sauce to go with the steaks.

Take a pair of nylon socks. Wear them constantly for three weeks. At the end of this period, take them off and bury them in the compost heap until you notice all the flies dropping dead. Then dig up the socks and have a sniff. That’s almost exactly not what Morbier cheese smells like. Thank goodness we have an extractor fan in the kitchen!

Its name could also be unfortunate for English persons in a bar. “More Beer!”
“Coming right up. Enjoy your cheese.”

Yes, I know it’s not pronounced like that. So. Did it taste like Roquefort sauce? In a word, no. One has to initially ignore the smell and concentrate on the taste. But it was still very nice!

I had intended to render the walls of the newly-constructed arch today; but last night LSS reminded me that I had still not started making this year’s batch of sloe wine.

So I’ve made a start with that instead. I also bottled the most recent batch of beer. It’s 9 litres of Brewferm Triple; but I’ve had no end of trouble with the fermentation. It at last reached 1.036 final gravity despite being in the fermentation bucket for a month. This is a bit high for bottling (a reading of 1.020 or below is better), but I’ve taken the risk anyway. I did use champagne bottles though, so hopefully none of them will burst. The final gravity reading means that the %ABV of the beer is a mere 3.8% instead of the promised 8%.

Anyway, here’s some promised photos of the arch construction: 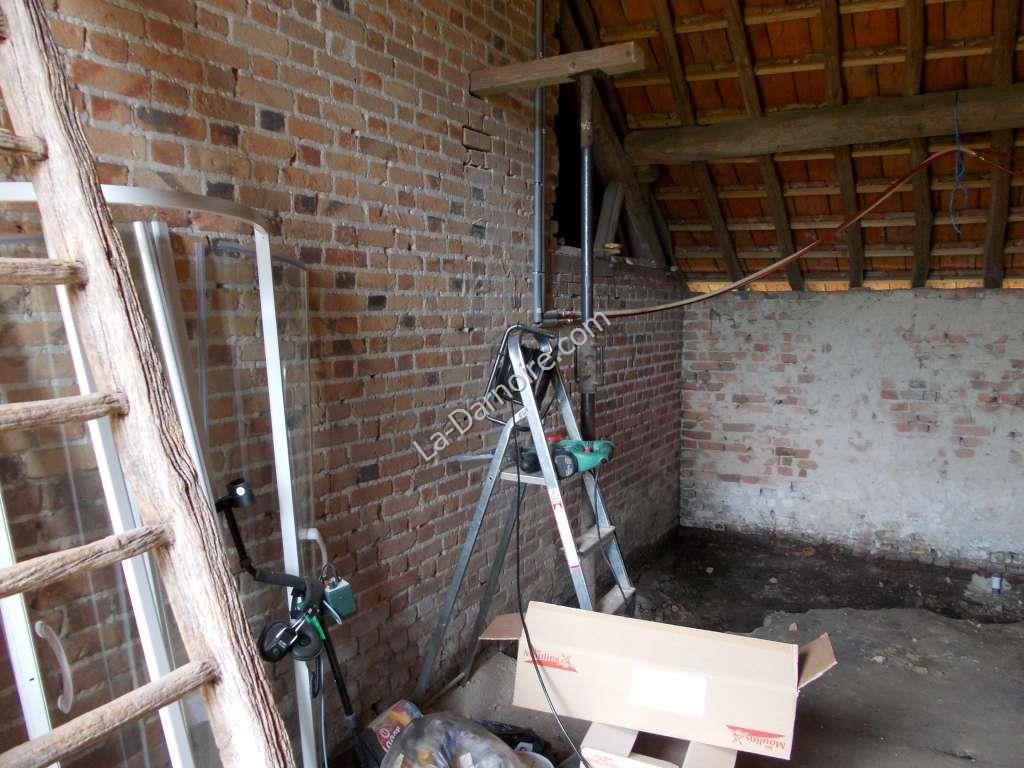 Ack! It’s October! Today’s post is basically a “Wildlife Diary” in its entirety.

For the second year running, we’ve had a problem with wasps. The first time, they were nesting in the roof above the kitchen window. I decided to leave them alone because they were not bothering us. However, when it was time for all the new queens to leave the nest, THAT’s when they started bothering us. They were finding their way into the kitchen through the joints in the ceiling boards. After the winter, I sealed up their entrance hole.

This year, they had found a hole in the brickwork joints in the end wall of the lounge. Once again I made the mistake of leaving them alone, because they were not bothering us there. Unfortunately it is now time for the new queens to leave the nest, and this time they are finding their way through the false ceiling into the bedroom. I directed some insecticide spray into their entrance hole, and sealed it up with mortar. But the story doesn’t end there. One week later, wasps are STILL finding their way into the bedroom. They’re not very fit and healthy though. But last night one landed on LSS’s hand as she was still in bed. Still half asleep, she brought her hand inside the duvet. Unfortunately the wasp was still on her hand, and it stung her on the bum.

I’ve ordered some wasp repellent objects called… <echoing voice> The Waspinator…
Basically they are artificial wasp nests. Apparently they deter wasps and hornets from approaching, because they think it’s an enemy wasp nest. These will be put up next spring. Too late for LSS’s bum this year though.

Last night we had just finished dinner, when we heard a really weird call outside. Some internet research on nocturnal bird calls revealed it was a female tawny owl! Listen here:

I’ve often heard the males calling after dark – to my mind it’s the most recognisable owl hoot:
http://www.wildowl.co.uk/TAWOW_01.mp3